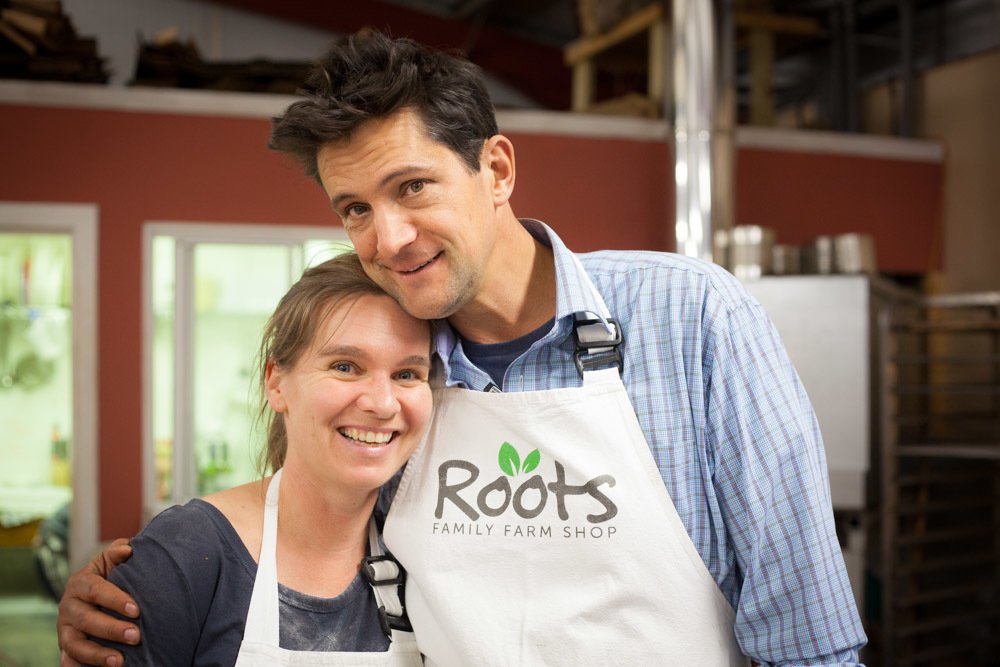 Will and Meg Edmonds opened Roots Family Farm Shop in May 2001 as an extension of their farm in Upper Wick. They had recently taken the reins of the family farm (the third generation), the fourth generation was on the way!

For Will and Meg, their ambition remains today as then; to provide for their local community, high quality organic meat, poultry, eggs and vegetables straight from the farm. This is a local alternative to supermarket shopping for family food that follows the flavour of the seasons and provides a sustainable business for local customers to support.

As well as being keen organic farmers the couple are passionate foodies! And so along with home reared organic meat and vegetables, they source from a seasonal 30-40 other local farmers and artisan producers offering a fabulous range of local dairy produce, cheeses, pickles, preserves, cider, beer and much more.

Spreading the word about real family food and how it is produced Will and Meg are regular contributors to local publications, radio and television. In 2007 they recorded a programme for the BBC's Farming Heroes with Jimmy Doherty sharing the essence of their passion. Will often pop's up on BBC Hereford & Worcester Radio and Meg writes a regular column for 'All About Magazine' in Worcester and Malvern.

In 2021, Meg became Co-Chair of Flowers from the Farm which has seen her become a popular commentator on artisan, local, seasonal flowers grown by members of the group for a fast growing UK market.